William MacAskill is that rare beast, a hard-headed, soft-hearted proponent of saving the world. His excellent new book, Doing Good Better, is a primer on the effective altruism movement. 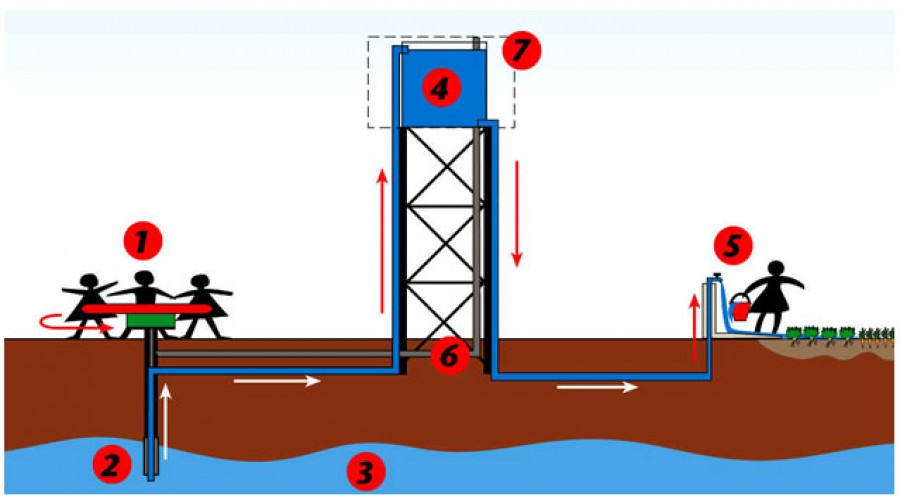 Doing Good Better opens, just as you would expect, with an uplifting story of a wonderful person with a brilliant idea to save the world. The PlayPump uses a merry-go-round to pump water. Fun transformed into labor and life saving clean water! The energetic driver of the idea quits his job and invests his life in the project. Africa! Children on merry-go-rounds! Innovation! What could be better? It’s the perfect charitable meme and the idea attracts millions of dollars of funding from celebrities like Steve Case, Jay-Z, Laura Bush and Bill Clinton.

Then MacAskill subverts the narrative and drops the bomb:

…despite the hype and the awards and the millions of dollars spent, no one had really considered the practicalities of the PlayPump. Most playground merry-go-rounds spin freely once they’ve gained sufficient momentum–that’s what makes them fun. But in order to pump water, PlayPumps need constant force, and children playing on them would quickly get exhausted.

The women whose labor was supposed to be saved end up pushing the merry-go-round themselves, which they find demeaning and more exhausting than using a hand-pump. Moreover, the device is complicated and requires extensive maintenance that cannot be done in the village. The PlayPump is a disaster.

MacAskill, however, isn’t interested in castigating donors for their first-world hubris. MacAskill, a frugal Scottish philosopher, doesn’t like waste. Money, time and genuine goodwill are wasted in poorly-conceived charitable efforts and when lives are at stake that kind of waste is offensive. MacAskill, however, is convinced that a hard-headed approach–randomized trials, open-data, careful investigation of effectiveness–can do better. As MacAskill puts it:

When it comes to helping others, being unreflective often means being ineffective.

Of course, there are systematic problems with charitable giving. Most importantly, the feedback mechanism is never going to work as well when people are buying something to be consumed by others (as Milton Friedman explains). That problem, however, doesn’t explain why people do invest large amounts of money and their own time on wasteful projects. A large part of the problem is cultural. MacAskill asks us to consider the following thought experiment:

Imagine, for example, that you’re walking down a commercial street in your hometown. An attractive and frightening enthusiastic young woman nearly assaults you in order to get you stop and speak with her. She clasps a tablet and wears a T-shirt displaying the words, Dazzling Cosmetics…she explains that she’s representing a beauty products company that is looking for investment. She tells you about how big the market for beauty products is, and how great the products they sell are, and how because the company spends more than 90 percent of its money on making the products and less than 10 percent on staff, distribution, and marketing, the company is extremely efficient and therefore able to generate an impressive return on investment. Would you invest?

MacAskill says “Of course, you wouldn’t…you would consult experts…which is why the imaginary situation, I described here never occurs” Actually it’s even worse than that because what he describes does occur. It’s what the boiler rooms do to sell stocks (ala the Wolf of Wall Street). Thus, charities raise money using precisely the techniques that in other contexts are widely regarded as deceitful, disreputable and preying on the weak. Once you have seen how peculiar our charitable institutions are, it’s difficult to unsee.

Fortunately, effective altruism doesn’t require Mother Theresa-like levels of altruism or Spock-like level of hard-headedness. What is needed is a cultural change so that people become proud of how they give and not just how much they give. Imagine, for example, that it becomes routine to ask “How does Givewell rate your charity?” Or, “GiveDirectly gives poor people cash–can you demonstrate that your charity is more effective than cash?” The goal is not the questioning. The goal is to give people the warm glow when they can answer.