Here is one summary of the recent brouhaha.  North Carolina made a mistake in signing the new law.  Not just a practical mistake, because of the backlash, but a mistake outright.  I’m not aware there was a problem needing to be solved, and yet new problems have been created.

There is nonetheless a relevant argument for the law which I believe resonates with many Americans:

Cruz’s argument centers on the idea that allowing transgender women to use the women’s restroom would lead to deviants dressing up as women and preying on young girls. His campaign released an ad accusing Trump of capitulating to the “PC police” and asking viewers whether a grown man pretending to be a woman should use a restroom with your daughter or wife.

If there were such a definition, problem solved, at least in principle.  Transgender individuals could use the bathroom which their legal stipulation entitled them to, or would entitle them to, were a court case to arise.

Women’s colleges of course face a private sector version of this issue (here is one pending change).  Private companies have policies on bathroom use, and gender-specific sporting events must make rulings.

So what to do with the law?  I see at least three options.

#1: The first and most libertarian view is to refuse to offer a legal definition of transgender.

These include people whose identities are not exclusively masculine or feminine but may, for example, be androgynous, bigender, pangender or agender — often grouped under the alternative umbrella term genderqueer[5] — and third-gender people (alternatively, some references and some societies conceptualize transgender people as a third gender).[6][7] Although some references define transgender very broadly to include transvestites / cross-dressers,[8] they are usually excluded, as are transvestic fetishists (because they are considered to be expressing a paraphilia rather than a gender identification) and drag kings and drag queens (who are performers and cross-dress for the purpose of entertaining). Intersex people have genitalia or other physical sexual characteristics that do not conform to strict definitions of male or female, but intersex people are not necessarily transgender, since they do not all disagree with their assigned sex. Transgender and intersex issues often overlap, however, because they both challenge the notion of rigid definitions of sex and gender.

Facebook has introduced about fifty different terms related to gender identification.  It is not difficult to argue the current legal system won’t be “getting this one right,” whatever that might mean.  For a start, would you trust the legal system in North Carolina?  (From my understanding, it would indeed be a state matter.)  Probably some people who right now “slip by” would be caught on the wrong side of an unpleasant dragnet.  And what exactly is the final test to be run to determine the right answer to a contested issue concerning a transgender individual?  If there were ever a time for some creative ambiguity in the law, it seems this might be it.

In this view, yet another problem with the North Carolina bill is that it may end up forcing everyone’s hand on constructing a legal definition of transgender.

If we stick with no legal definition of transgender, let’s tackle the remaining problems directly.  For instance we could significantly increase the penalties for men who abuse women or young girls in or near women’s rooms, if indeed that is an ongoing problem.  You can tax either inputs or outputs and in this case it seems to make sense to place the higher tax on the outputs.

In one of the parallel systems, you can apply formally for a change of gender status, although I suspect this could not end up handling more than two or three categories, hermaphrodites perhaps being the third.  In the second of the parallel systems, you can decide not to apply for formal legal designation of gender and instead live under creative ambiguity.  The practical import of that ambiguity often will depend on how clearly a person fits traditional social categories of gender in a simple and visible way.  In any case, a person can choose which legal system to live under.

The formal legal designation would matter for which prison you would be assigned to, which bathroom you could visit, and which chess tournaments you can play in, among a variety of other questions.  Here is a brief survey of legal approaches around the world, with some countries opting for versions of the parallel approach.

#3: Use the law to force everybody’s hand. 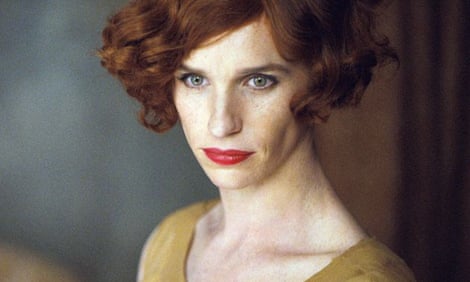 I do not have a good sense of which of these three approaches would be best in the United States.  In any case, it seems to me the question “how should the law deal with or define transgender individuals, if at all?” is more fruitful and fundamental than asking “how should North Carolina regulate bathroom admission policies?”  I would be interested to read a law and economics paper on these issues.

Addendum: Here is a paper on whether LGBT inclusion boosts economic growth in emerging economies, though I doubt if the effects are causal.

Second addendum: Henderson and Cordato make good points, and favor a version of option one.  That said, I don’t think all judgments can be left to markets, given prisons, the continuing existence of public bathrooms, etc.  Here are yet further comments.  Here is a good Jacqueline Rose piece from LRB.