A new paper, The Injustice of Under-Policing, makes a point that I have been emphasizing for many years, namely, relative to other developed countries the United States is under-policed and over-imprisoned.

…the American criminal legal system is characterized by an exceptional kind of under-policing, and a heavy reliance on long prison sentences, compared to other developed nations. In this country, roughly three people are incarcerated per police officer employed. The rest of the developed world strikes a diametrically opposite balance between these twin arms of the penal state, employing roughly three and a half times more police officers than the number of people they incarcerate. We argue that the United States has it backward. Justice and efficiency demand that we strike a balance between policing and incarceration more like that of the rest of the developed world. We call this the “First World Balance.”

First, as is well known, the US  has a very high rate of imprisonment compared to other countries but less well  known is that the US has a relatively low rate of police per capita. 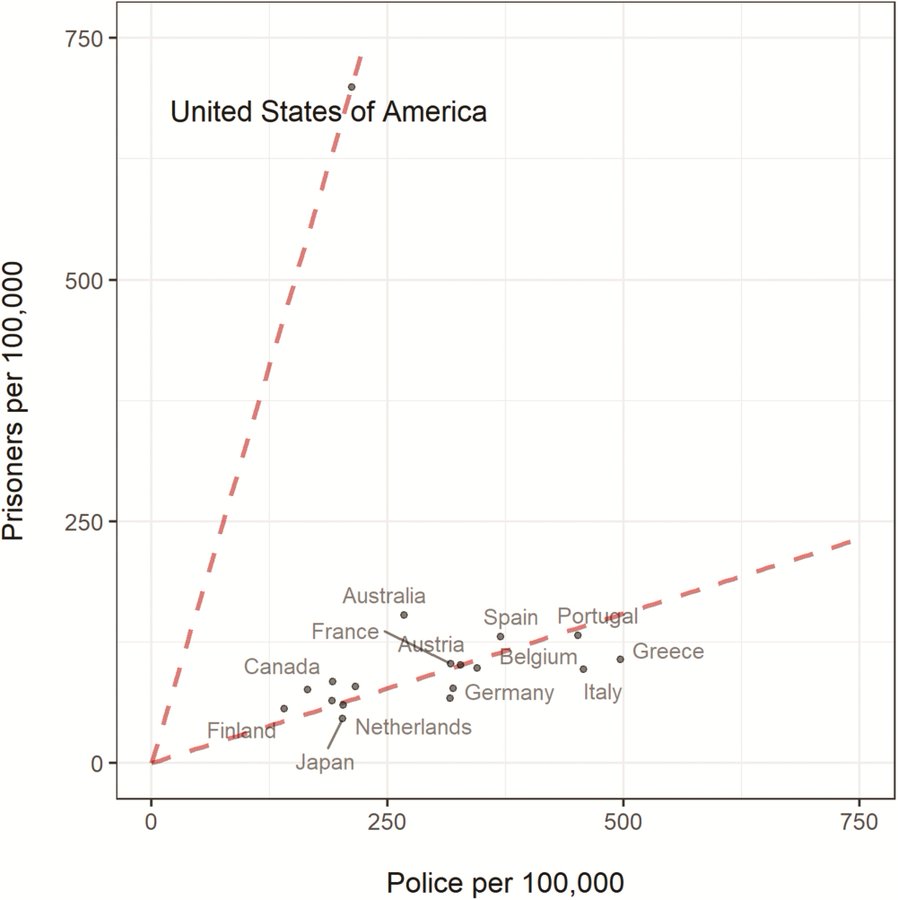 If we focus on rates relative to crime then we get a slightly different but similar perspective. Namely, relative to the number of homicides we have a normal rate of imprisonment but are still surprisingly under-policed. 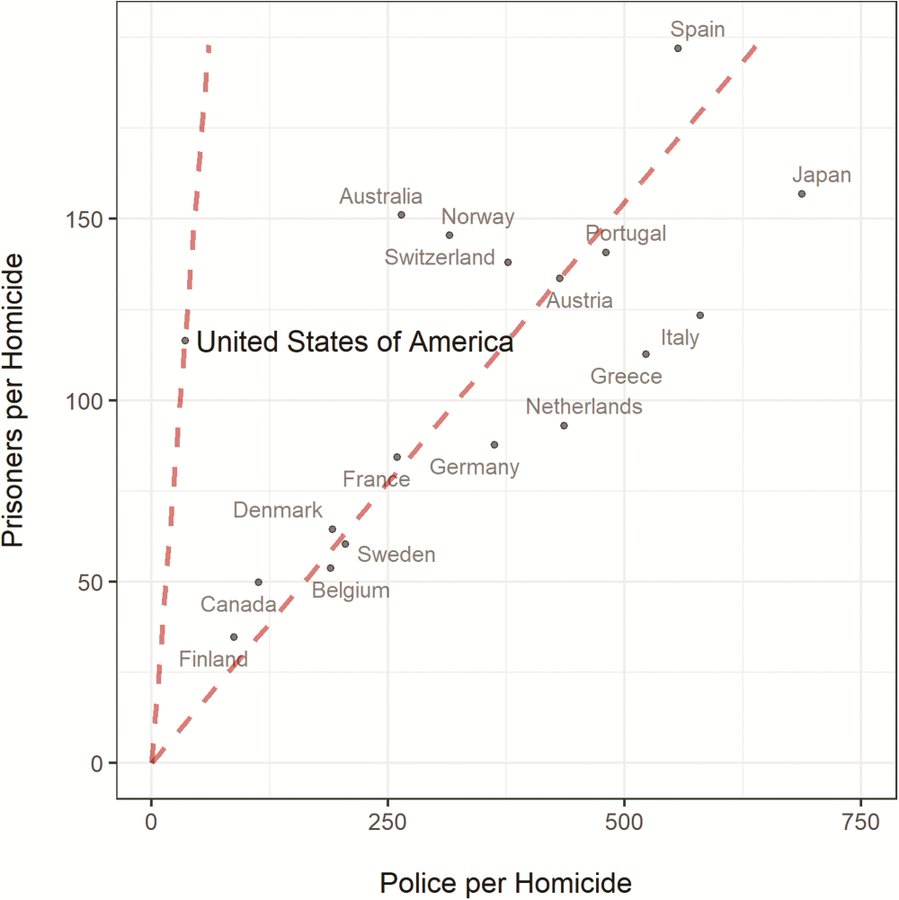 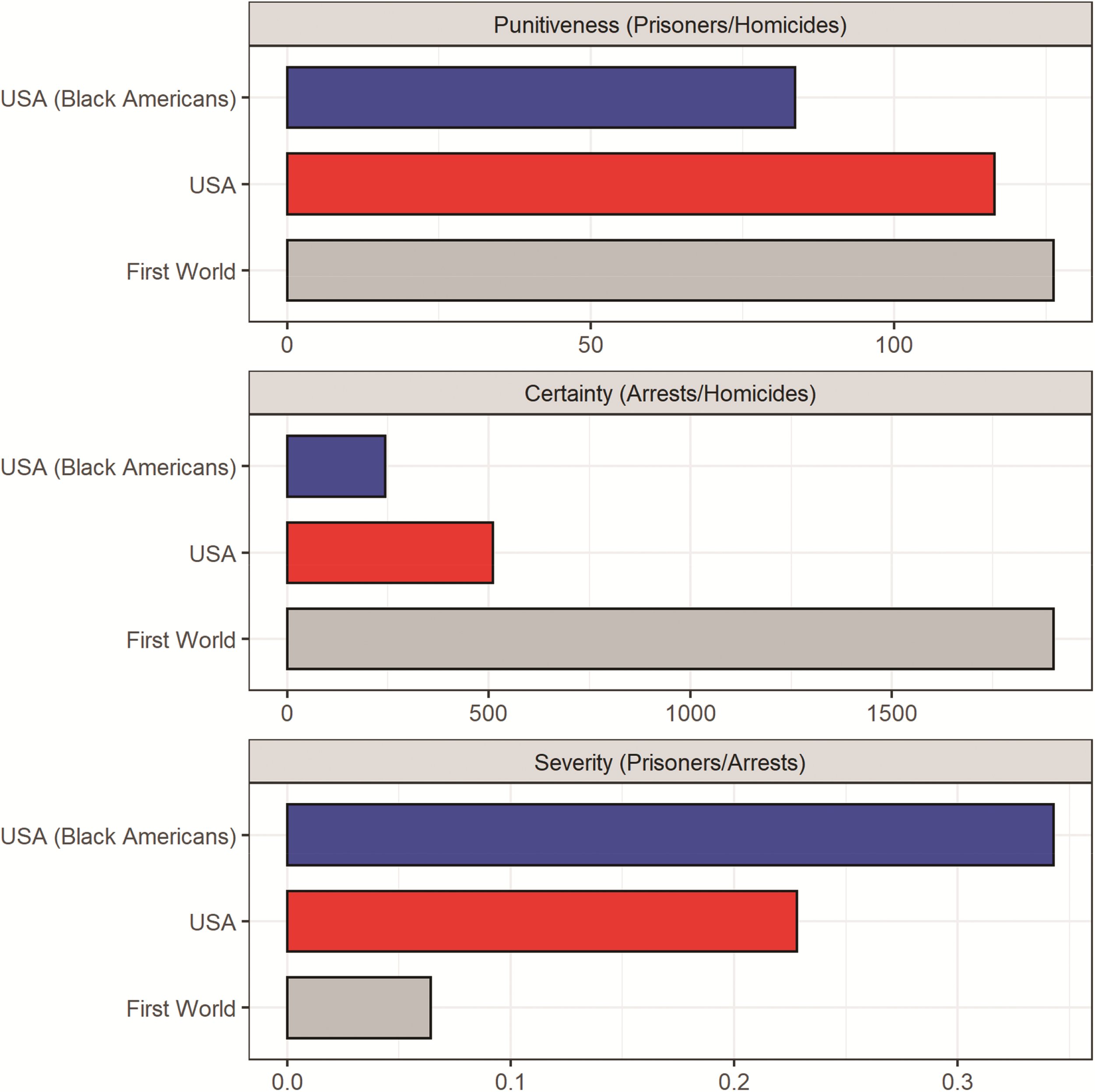