Jason Crawford at the Roots of Progress points out that we used to have a lot of ticker-tape parades. The most famous was perhaps the Victory Parade of World War II but we used to have many parades to celebrate technological and cultural milestones. There were huge celebrations, for example, when the final spike of the transcontinental railroad was nailed, when the Brooklyn Bridge was completed, and the Statute of Liberty dedicated. In the 1920s and 1930s there were big celebrations for aviation pioneers including for Charles Lindburgh, Amelia Earhart and Howard Hughes and that tradition continued in the 1960s and 1970s with multiple parades for the astronauts:

During the early space program, there were also several NYC ticker-tape parades for astronauts—not just the Apollo 11 heroes, who went on a world tour after the Moon landing, but missions before and after as well:

One of the last big ticker tape parades was in November of 1998 for John Glenn and the astronauts of Space Shuttle Discovery but since then the number of such parades has declined.Why? Has the number of accomplishments worthy of a parade declined? Or have we become complacent or even cynical about progress?

Jonas Salk famously turned down a ticker tape parade for the creation of the Polio vaccine but there was excitement and celebration around the world. When the time comes, I hope that we will enthusiastically celebrate science and the success of a COVID vaccine. 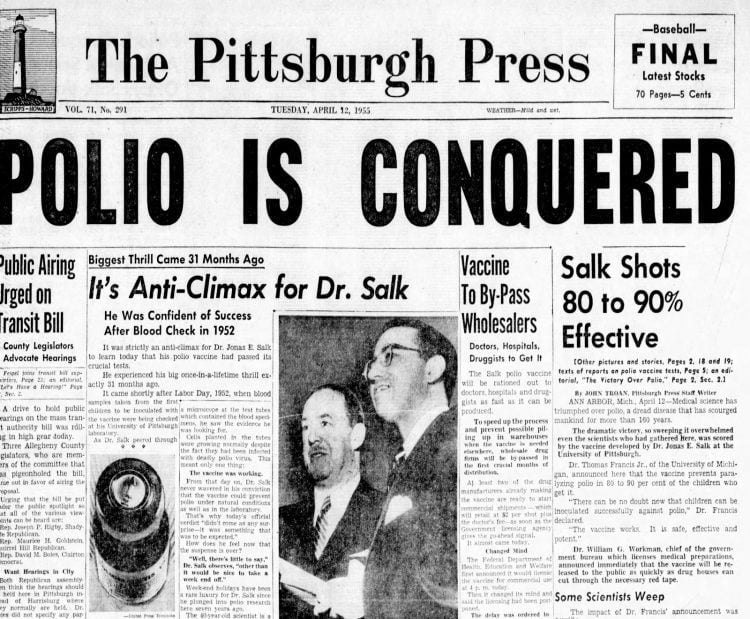