A zoo in eastern China has erected a monument to the donkey that was pushed into a tiger enclosure and eaten alive.

A statue of the beast, titled “A Donkey’s Monument”, stands on a plinth in a corner of Yancheng Zoo in Changzhou, Jiangsu province. The inscription below, written in both English and Chinese, tells the sad tale of how the animal lost its life. There’s even a QR code for those who want to find out more. 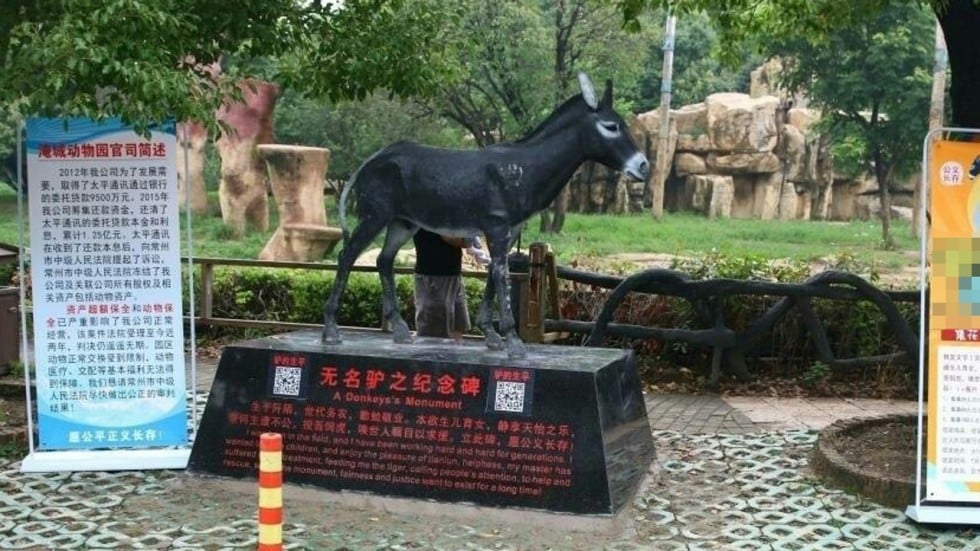 The background is this:

A video of the donkey’s final minutes horrified people around the world when it was uploaded to the internet in June. It shows a group of men pushing the terrified animal into the moat around the tiger enclosure and its futile attempts to escape the claws and teeth of two big cats.

The men were later identified as shareholders in the zoo who sacrificed the donkey as part of an ongoing dispute with park staff over their financial returns. The incident was watched live by visitors to the zoo, including young children.

Here is the story, via the excellent Kevin Lewis.