“I love bringing my kids here,” I heard from my Eritrean Uber driver, the first person I’ve met who admits to going.  The lavishly funded museum is indeed a world unto itself.  Here is what struck me on a recent visit:

1. The interior and the staff feel like nowhere else in D.C., like a cross between the Midwest and a Mormon temple perhaps.  There is much more wood paneling than one sees around town.

2. It is unabashedly the most universalistic and cosmopolitan interior in the area.  There is a large room with circular shelves, containing all the Bibles in different languages they could find.  Long columns list the languages of those Bibles, and a flashing sign indicates that 977,977 different Bible chapters would need to be translated before every chapter of the Bible is available in all of the world’s languages.

3. You can see plenty of old Bibles from the centuries, and while they are attractive, none are quite good enough for an art museum like say The Walters in Baltimore.

4. There is a station playing references to the Bible from popular music.  As I stopped by it was serving up “Four Horsemen” by The Clash, and then it segued into “Hard Headed Woman” by Elvis Presley. 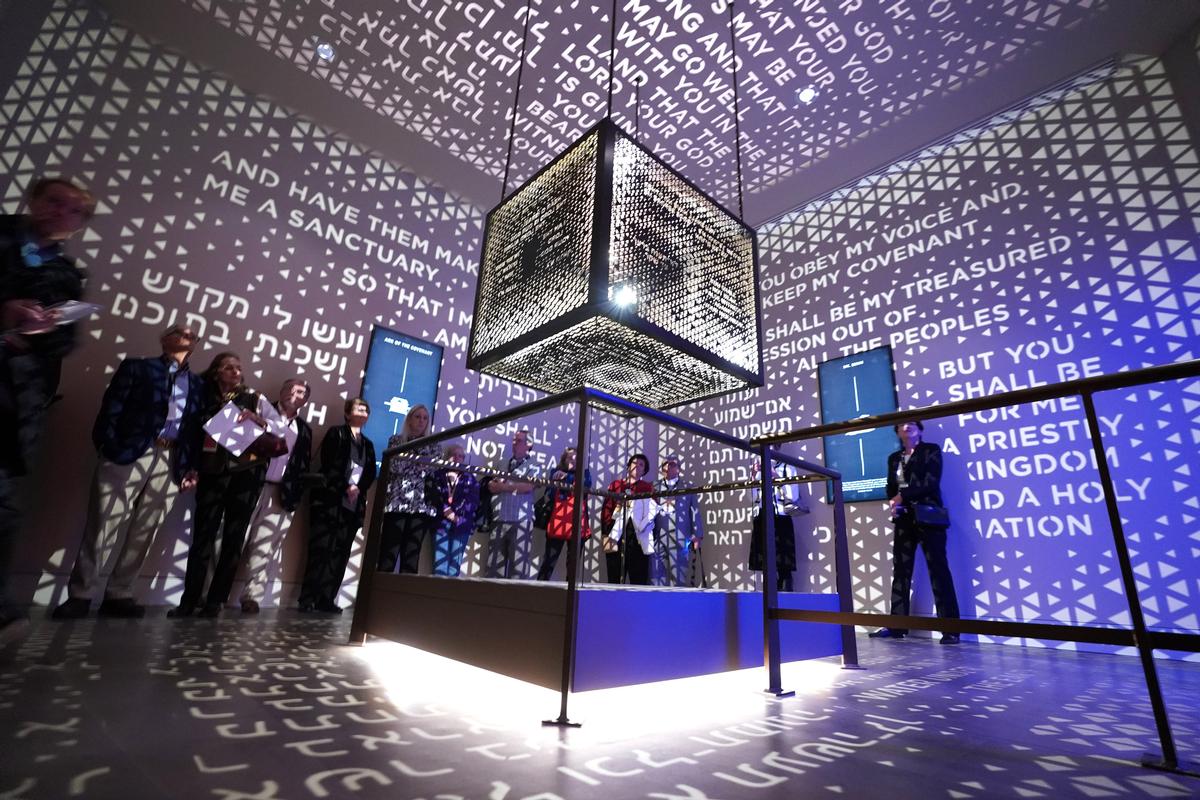 6. The museum bends over backwards to be non-denominational, that said the intended neutrality imposes biases of its own.  The big losers are the Catholic and Orthodox Churches, because this is indeed a museum about a book, not about a church community.  The connection between this book, and the communities it has spawned, is precisely the murky angle here and it seems almost deliberately obscured.  The Amish also are not prominent in the displays.  Imagine if people really just read and worshiped the book.  This truly is a museum about a book.

7. The museum tries not to refer to “the Christian Bible” or “the Hebrew Bible,” but that intended neutrality breaks down when you encounter the two sections for “the Old Testament” and “the New Testament.”  The Jews lose.

8. There is a section — entirely respectful — where a Jewish scribe writes out biblical text for viewers.  There is another exhibit of ancient Biblical life where you can walk among stone houses, read panels about biblical references to water, read about the Second Temple, and employees are paid to dress in (supposed) clothing from that period and say “Shalom” to you.

9. The museum is extraordinarily literal, and if you wanted to explain to space aliens what the Bible was, you could take them here.  That said, they would end up understanding the Bible far better than Christianity.

10. There is a very interesting section on bibles for slaves, and which sections of the original Bible they omitted.  On a wall display, visitors are asked to write out whether they consider these “slave bibles” to be proper Bibles or not.  Most say no.

11. There is a questionnaire, a bit like a Twitter quiz.  It first notes that Elizabeth Cady Stanton reinterpreted the Bible in the late 19th century, so as to make it more sympathetic to the rights of women.  It then asks the visitors whether reinterpretations of the Bible should be allowed today.  So far 61 percent have answered “no.”

12. The gift shop is lavish.  The museum restaurant Manna serves kosher food.  Here is the Wikipedia page for the museum.

13. The google headline for the museum has the subtitle “One of the Ten Best Museums in DC.”  It is odd they do not think it is the best.