Many trends develop over decades but I’ve never seen change so rapid as the breathtaking success of what one might call social justice concerns. Beginning around 2010-2014 there appears to have been a inflection point. Here from Zach Goldberg on twitter are various words drawn from Lexis-Nexis.

And here from David Rozado is a longer list all drawn from the NYTimes. Rozado has a page where you can graph the trends for words of your own choosing. 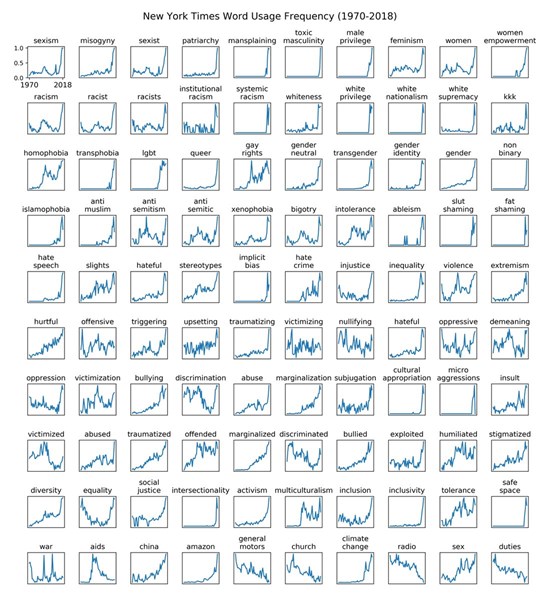