Joshua Benton at the LA Times illustrates average is over for newspapers. On the left the print circulation of major newspapers in 2002. The NYTimes is the leader but other newspapers follow closely behind in a slowly decaying curve likely related to city size. On the right, 2019 digital subscriptions. The NYTimes dominates. Only the Washington Post is even in the same league (The Wall Street Journal, however, should also have made Benton’s list at 1.5 million digital subscribers.) Without classified ads and other local information, for which there are now multiple online substitutes, there isn’t a big demand for local newspapers. News is now national and only a handful of newspapers can survive at national scale. Moreover, the few who can survive at national scale are now so much better than their competitors precisely because they can afford to be better. 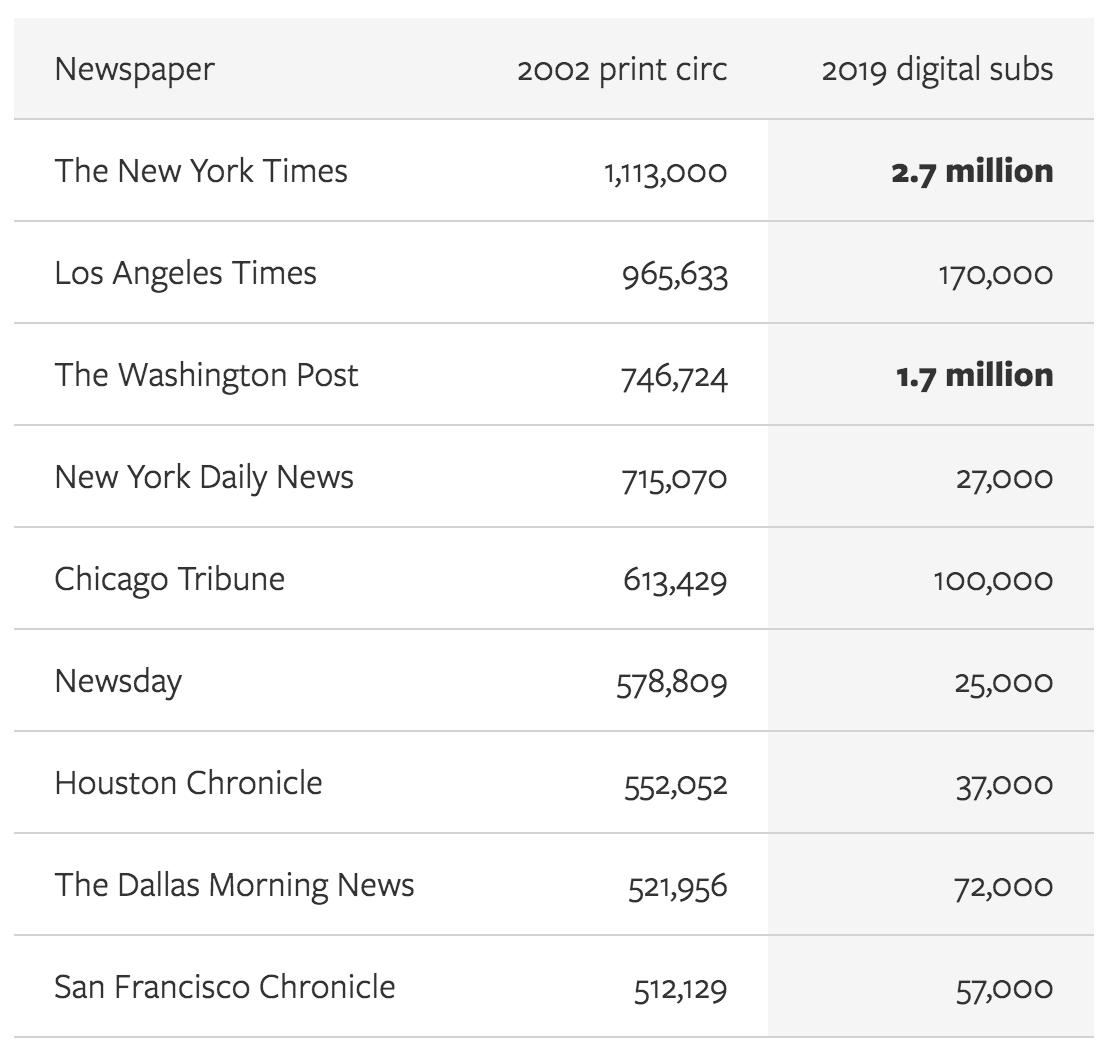