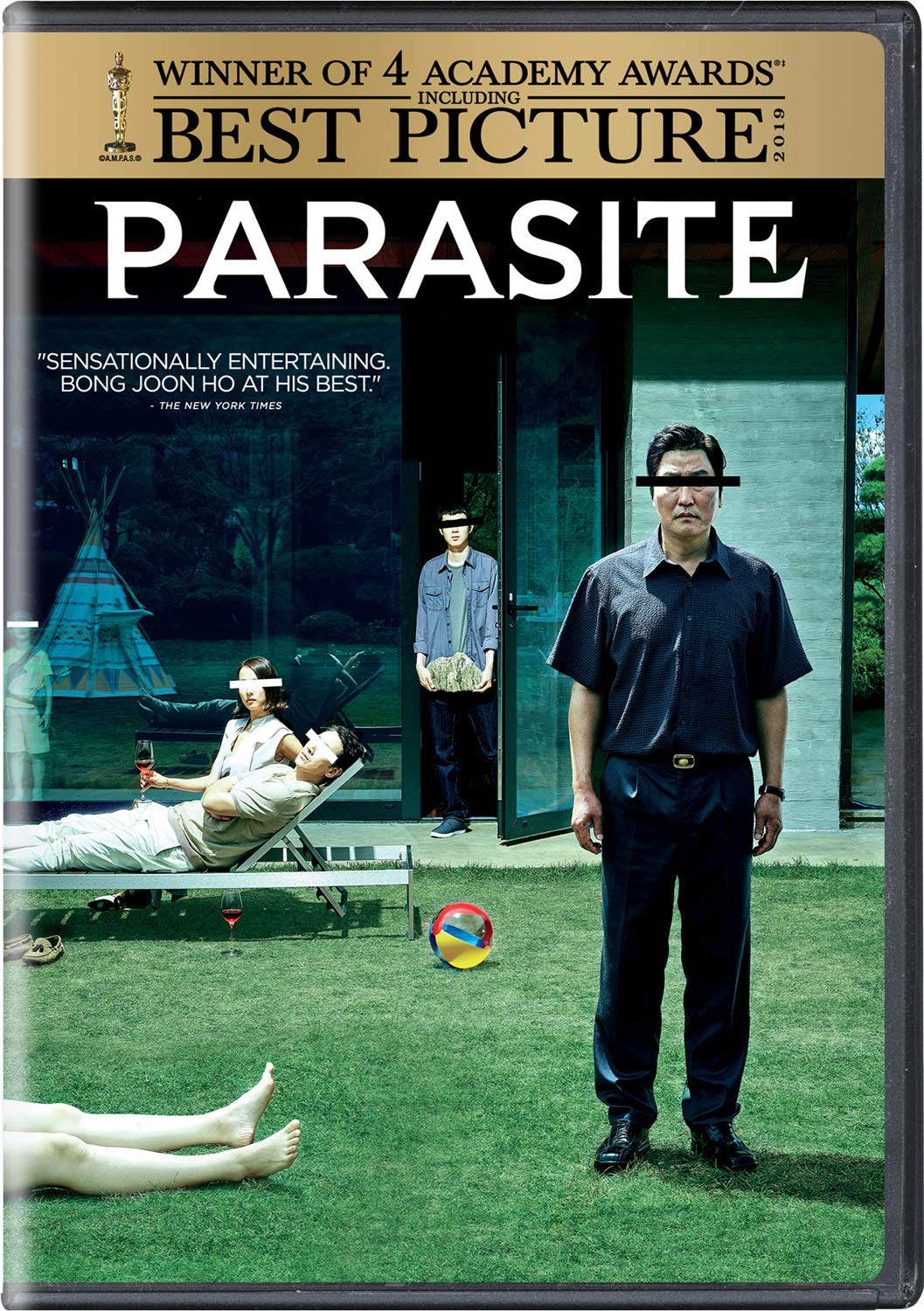 I am late to this but Parasite, now available on streaming services, is the most willfully misinterpreted movie that I have ever seen. The conventional interpretation is so obviously wrong that I cannot but think that it is anything but a collective gaslighting. The conventional interpretation is that the film is about inequality and on the surface that makes sense. After all, there is a rich family and a poor family, and an upstairs and a downstairs, and everyone knows that inequality is the problem of our age so despite the subtitles this Korean film must be a version of what we expect to see. Hence, Manohla Dargis writing at the New York Times says “The story takes place in South Korea but could easily unfold in Los Angeles or London.” True but not in the way she imagines! Rather than a conventional discourse on “inequality,” Parasite is deeply, shockingly, politically incorrect, even subversive. Mild spoilers.

The Dargis review is spectacularly, hilariously wrong from the very first sentence “a destitute man voices empathy for a family that has shown him none. “They’re rich but still nice,” he says, aglow with good will.” The man is not destitute (his entire family has been raking in the cash by this point), the family has shown him nothing but generosity and respect, and he is not aglow with good will. But what do you expect from a newspaper that rates Parasite an R for “class exploitation”! The Times is leading the cultural revolution.

Indeed, in the entire film the rich family does nothing wrong whatsoever. This is not my judgement it is what the film tells us. The rich family pay their employees generously (the film goes out of its way to note that they pay overtime), the work is not especially hard (English tutor, art therapist, chauffeur, cook and cleaner), and the employees are treated with respect. Moreover, the rich family are kind and loving. The father works hard but he is not absent. The rich family’s wealth is explicitly shown as coming from innovation and entrepreneurship (not say shady deals or stock market manipulation).

Are the poor family destitute? Not really. The son is handsome, he knows English well and he has an exceptional psychological sense which he uses to teach his student and his father; the daughter is gorgeous and skilled with computers. The mother was a champion athlete, the father is intelligent enough. It’s obvious that this family has everything needed for success. Moreover, the family isn’t discriminated against–they aren’t African-American in the 1950s south, they aren’t Dalits, they aren’t even North Koreans. So why aren’t they successful? One reason is because they aren’t willing to do an honest days work for an honest day’s pay. They fail utterly at folding pizza boxes–not because they are stressed or because the job is difficult–but because they are lazy and don’t give a damn. The film also shows that it is other hard-working, honest-people who are harmed by their laziness (not some evil pizza corporation). The fact that the kids are gorgeous, by the way, is important. The director Bong Joon-ho (and writer Han Jin-won) are telling us to look below the superficial. Note that everything the poor family gets they get by lying and stealing–they are grifters. The son even steals his best friend’s girlfriend–whom he doesn’t even especially like. To exploit her further, he steals her diary.

In fact, Bong Joon-ho hits us over the head with his message. In an early scene, for example, we see the poor family being fumigated but this is not played for pathos. Indeed, the family welcomes the fumigation. The director is telling us that this is the family’s natural habitat. Who gets fumigated? Work it out. The title may help.

Toilets also play a big role. There are many scenes with the poor family and toilets (and none with the rich family). In one scene the poor family is literally swimming in shit. This is not played for pathos. Bong Joon-ho covers the family in shit because he wants us to know they are a shitty family. (This scene comes immediately after a scene making this clear.) The daughter is so comfortable in the shit she relaxes and smokes a cigarette.

At one point, the rich family is away and the poor family takes over their house. What do they do? They immediately get drunk, including the kids. And not just drunk but slovenly drunk with food and garbage spread all over what had been an immaculate house. The family talks about what it would be like if they lived in this house–the film makes it clear that if they lived in this beautiful house it would soon go to shit.

The shit is not an accident. A key element of the film is that the poor family smells bad. Some people read this as a sign of disrespect but the rich family never demean the poor family or bring it up to their face. Indeed, we know the smell isn’t a class marker because it’s the youngest child of the rich family, a pure innocent, who notes it first. Moreover, even after the poor family know that they smell and make plans to fix the problem their bad smell remains. Why? Because they can’t wipe the shit off–a smell they can’t escape is the director telling us that they are a shitty family. A bad smell is a signal that something is rotten, something is off, something is shitty. It’s an elemental warning to the rich family.

Finally we come to the remarkable climax in which the father does something so stupid, so utterly impulsive, so completely contrary to his interest that we see immediately why he has never been able to hold down a job for very long. (The previous “no plan” scene foreshadows.) The first time I saw this scene I thought it didn’t make sense because the father could be a hero and solve all his problems by attacking the person who has probably just killed his son and daughter. Yet instead of doing the sensible thing he does something quite different. The director then metes out his punishment which is to put the father where he belongs, in a prison where he emerges only at night to scuttle around the floor stealing food like a….parasite.

It’s amazing that a film this politically incorrect, even reactionary, could win multiple awards, it’s as if The Camp of the Saints won best picture. Of course, the message had to be ignored to win but even so. I should emphasize that everything I have said is drawn from very obvious scenes. It doesn’t take Freud to understand the meaning. If you must, cancel Bong Joon-ho not me!

Perhaps readers can tell us whether Korean reviewers saw the obvious and were willing to say so.