Having not visited the New Jersey shore since I was a kid (and then a very regular visitor), I realized you cannot actually swim there with any great facility.  Nor is there much to do, nor should one look forward to the food.

Nonetheless Ocean Grove is one of America’s finest collections of Victorian homes, and the town style is remarkably consistent and intact.  Most of all, it is an “only in America” kind of place:

Ocean Grove was founded in 1869 as an outgrowth of the camp meeting movement in the United States, when a group of Methodist clergymen, led by William B. Osborn and Ellwood H. Stokes, formed the Ocean Grove Camp Meeting Association to develop and operate a summer camp meeting site on the New Jersey seashore. By the early 20th century, the popular Christian meeting ground became known as the “Queen of Religious Resorts.” The community’s land is still owned by the camp meeting association and leased to individual homeowners and businesses. Ocean Grove remains the longest-active camp meeting site in the United States.

The pipe organ in the 19th century Auditorium is still one of the world’s twenty largest. 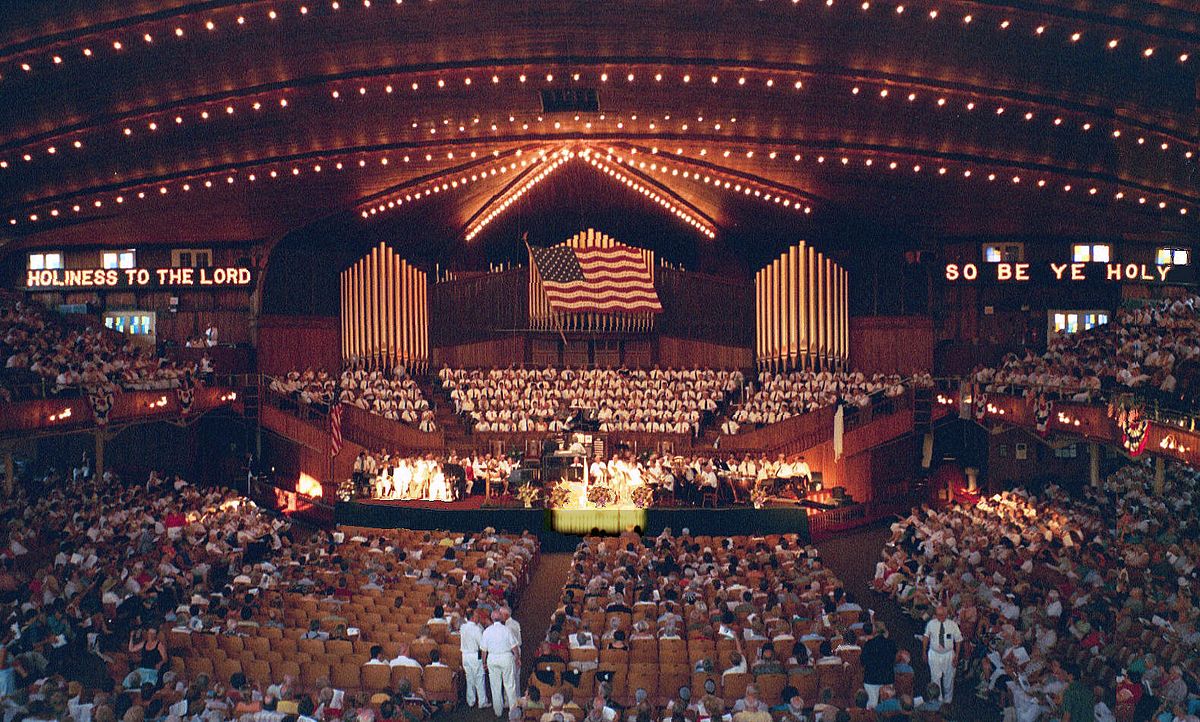 The Auditorium is closed at the moment, but they still sing gospel music on the boardwalk several times a night.

The police department building is merged together with a Methodist church, separate entrances but both under the same roof.

Ocean Grove remains a fully dry city, for the purpose of “keeping the riff-raff out,” as one waitress explained to me.  To walk up the Ocean Grove boardwalk into nearby Asbury Park (Cuban and Puerto Rican and Haitian in addition to American black) remains a lesson in the economics of sudden segregation, deliberate and otherwise.

Based on my experience as a kid, I recall quite distinct “personae” for the adjacent beach towns of Asbury Park, Ocean Grove, Bradley Beach, Seaside Heights, Lavalette, Belmar, Spring Lake, and Point Pleasant.  This time around I did not see much cultural convergence.  That said, Ocean Grove now seems less the province of the elderly and more of a quiet upscale haunt, including for gay couples.  As an eight-year-old, it was my least favorite beach town on the strip.  Fifty years later, it is now striking to me how much the United States is refusing to be all smoothed over and homogenized.