During my recent trip to Dublin and the UK I tried to make a systematic go of learning more about Irish art, mostly by looking at it more systematically.  I’ll do a multi-part series about the best Irish painters, noting that hardly anyone outside of Ireland seems to follow Irish art.  That is a shame, as it is a greatly underrated area, as most things are once you get to know more about them.  Overall, I think of it as a fairly conservative form of modernism, subtle in its attachments to Ireland, and on the aesthetic side lacking in manifestos and foot-stomping.  It is perhaps a better introduction to “the Irish spirit” than the more familiar yet also more exotic and mannered gateways of Joyce and W.B. Yeats.

His best work is of World War I, as he was stationed by the British government as a war artist in France.  His perspective on war was critical and penetrating, but not maudlin.  It is striking how many sides of the war experience he portrayed, not just fighting, but soldiers walking through towns, German planes circling overhead, abandoned trenches, lone soldiers sitting, a deserter being interrogated, and much more.  It is one of the most significant human attempts to depict the multi-faceted sides of war.

This body of work does not receive more recognition, perhaps because it panders to neither anti- nor pro-war types, nor to Irishmen, nor to Englishmen.  Orpen’s war work made him a painter without a clear constituency.  Here is a good survey of his war work.  Note also that much of it is owned by Imperial War Museum in England, so the reputation of these works has not been “equitized,” namely there are few private collectors or galleries to talk up its value.  His genius was not widely recognized until the 1980s.

I think of Orpen’s war work as critical of the modernist “machine aesthetic,” well ahead of his time in seeing where it would lead.  He is plaintive and tragic, yet accepting of the rules of social convention, including those of war. There are many more wartime images here.  Here is one soldier: And this set piece: Here is one of the military portraits, full of character and it understands how the soldiers on the other side would never quite look like this: 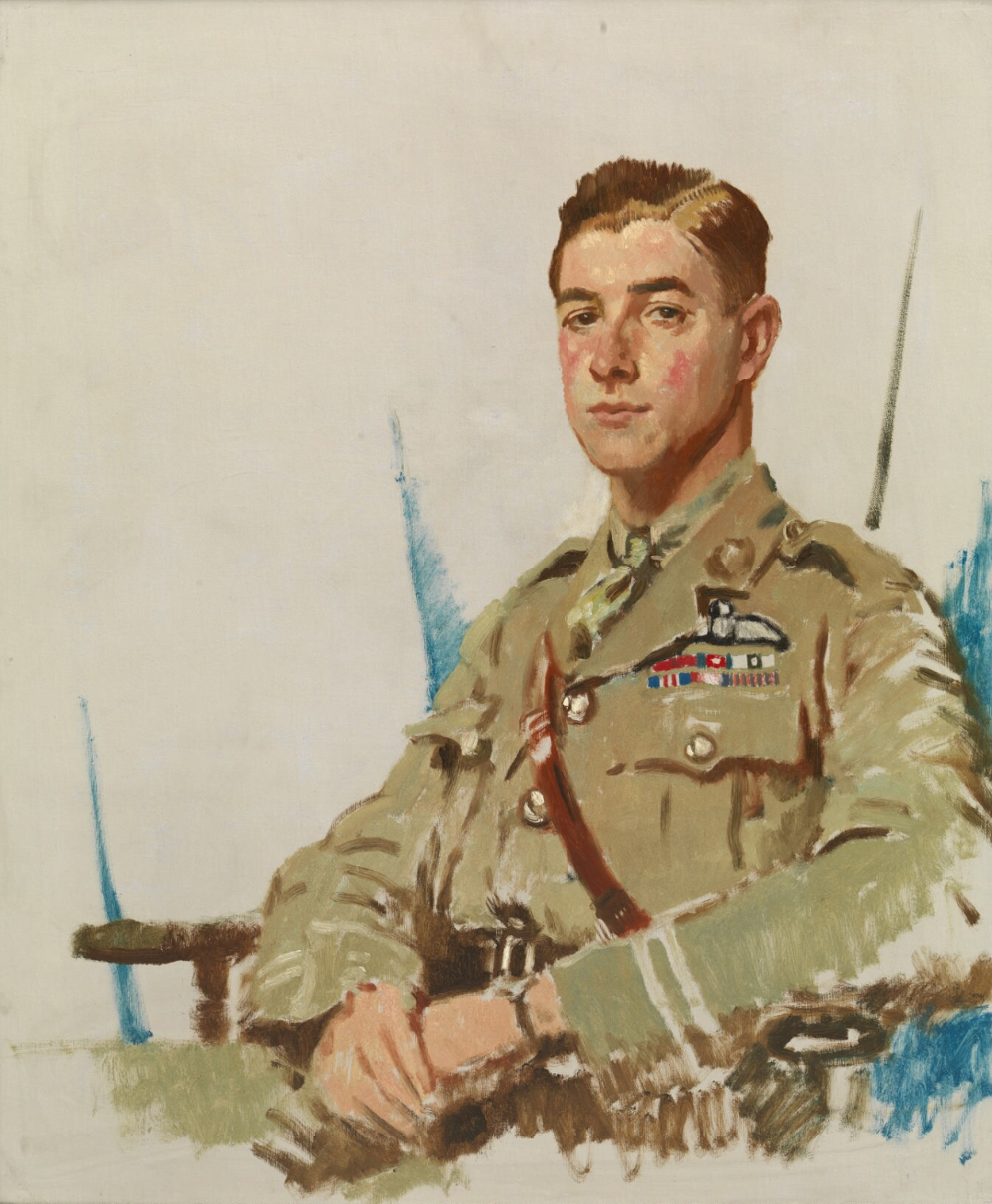 Orpen did support the British war effort and found that returning to Ireland after WWI was not an appealing option, given the civil war and pending independence from Britain.  He ended up orphaned just as Ireland itself took on a geopolitically orphaned status in the 1920s.

Oh, here are Dead Germans in a Trench: At first the British military was going to ban public display of the painting, but then they realized only the Germans were dead in it.

Orpen actually is best known for his lovely portraits, especially of well-to-do British women, and that is how he paid the bills: But it was death and terror that brought out the best in him.