Bach gets 6.7 million streams a month which pay .0037 per stream or about $25,000 a month or nearly 300k a year. (That is the total payment, however, composer royalties would be lower but he could also sell some T-shirts.) Not superstar earnings but much more than they earned in their lifetimes even after adjusting for inflation.

In other news, an AI working with a group of musicologists is about to release a newly completed Beethoven’s tenth symphony. 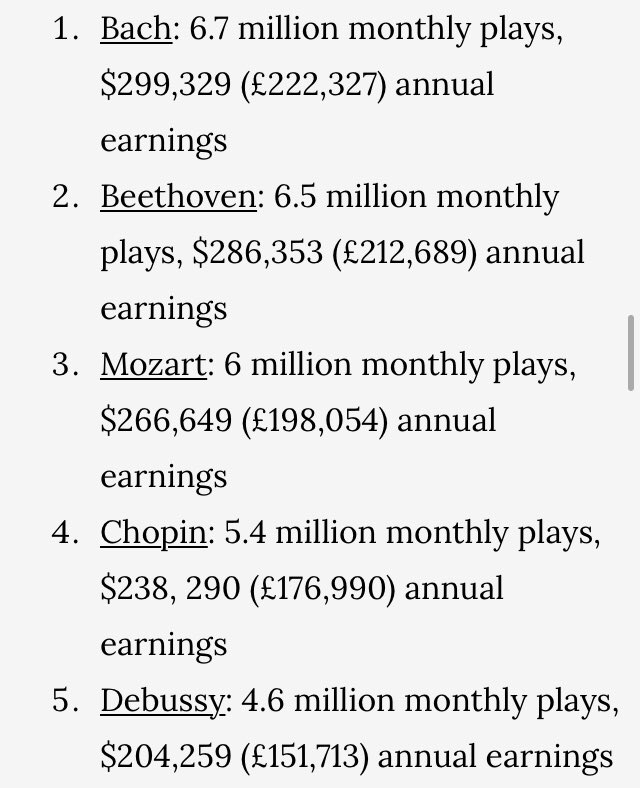