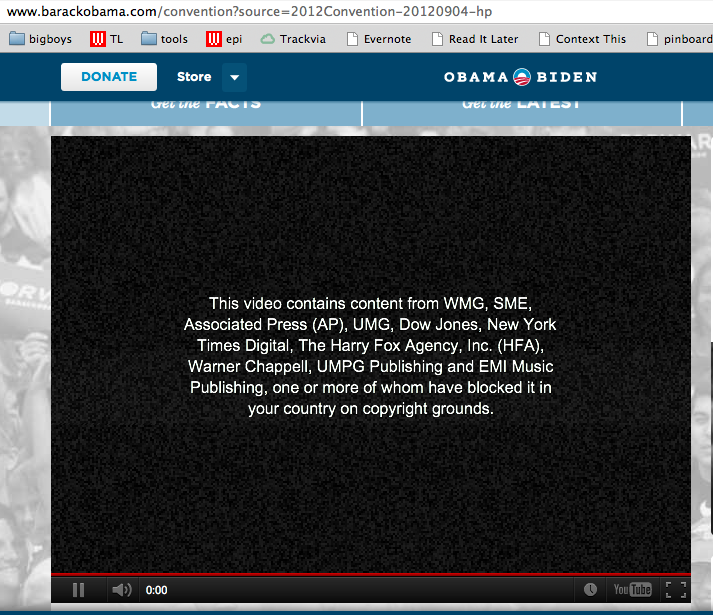 Geeta Dayal, Wired: On Tuesday, some visitors trying to get to the livestream of Michelle Obama’s widely lauded speech at the Democratic National Convention were met with a bizarre notice on YouTube, which said that the speech had been blocked on copyright grounds….

On Sunday, a livestream of the Hugo Awards — the sci-fi and fantasy version of the Oscars — was blocked on Ustream, moments before Neil Gaiman’s highly anticipated acceptance speech. Apparently, Ustream’s service detected that the awards were showing copyrighted film clips, and had no way to know that the awards ceremony had gotten permission to use them.

…As live streaming video surges in popularity, so are copyright “bots” — automated systems that match content against a database of reference files of copyrighted material. These systems can block streaming video in real time, while it is still being broadcast, leading to potentially worrying implications for freedom of speech.

It is not just patent law which is out of control. If a copyright bot takes down a video for which there is fair use there ought to be grounds for a counter-suit.