In the debate over corporate taxation it’s often assumed that corporate taxes are equivalent to taxes on capital. But corporations are only a minority of firms. Most of the firms in the pass-through sector are small partnerships but by no means are all pass-through firms small. Indeed, corporate profits are less than half of all business profits as shown by the following graph from the Tax Foundation. 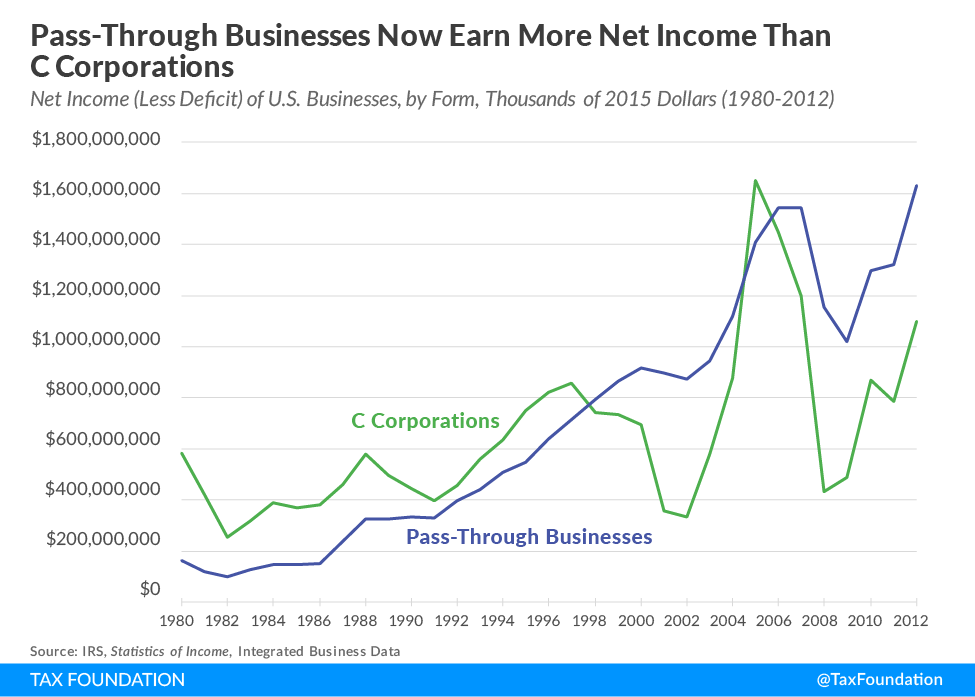 Since pass through businesses can be large, some people have suggested that these businesses should be taxed like corporations. That would be a mistake. An ideal tax system should be neutral as to organizational form. So, if anything, corporate taxation should be moved more in the direction of pass-through taxation.