When the Pilgrims landed at Plymouth rock in 1620 they were cold, hungry and frightened. Imagine their surprise when on March 16 as they unloaded cannon from the Mayflower in preparation for battle an Indian walked into their encampment and asked, “Anyone got a beer?” Seriously, that’s what happened. Samoset, the thirsty Indian, had learned English from occasional fishermen.

Even more fortunate for the Pilgrims was that Somoset was accompanied by Squanto. Squanto had been enslaved 7 years earlier and transported to Spain where he was sold.  He then somehow made his way to England and then, amazingly, back to his village in New England around 1619. It’s a horrific story, however, because during his absence Squanto’s entire village and much of the region had been wiped out by disease, almost certainly brought by the Europeans. Nevertheless, in 1621 Squanto was there when the Pilgrims landed and he hammered out an early peace deal and most importantly instructed the settlers how to fertilize their land with fish in order to grow corn.

Squanto instructed them in survival skills and acquainted them with their environment: “He directed them how to set their corn, where to take fish, and to procure other commodities, and was also their pilot to bring them to unknown places for their profit, and never left them till he died.” 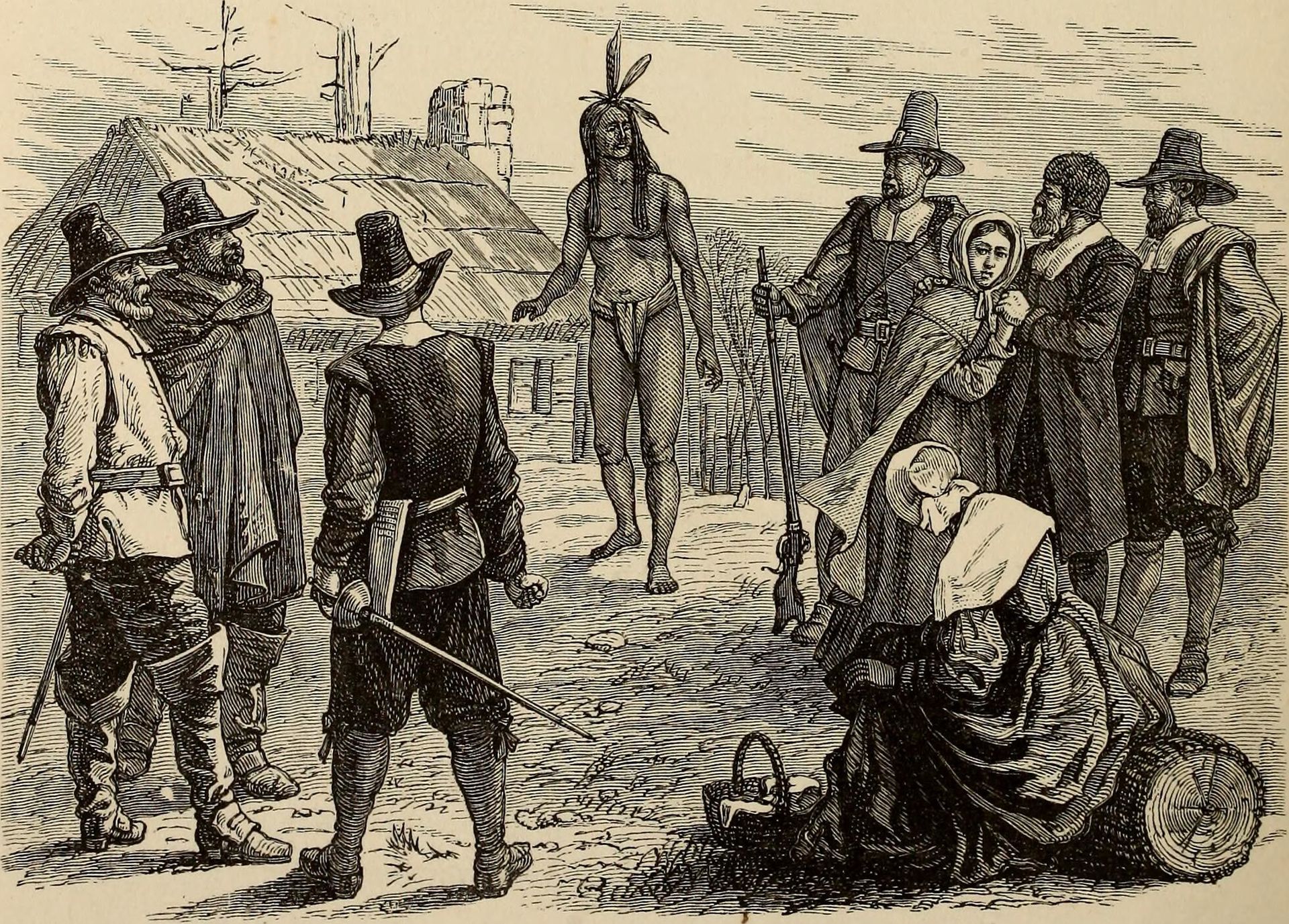 Anyone got a beer?