When infection rates in two areas are similar the argument for closing borders is weak. Canadian and US infection rates are now similar and both countries are highly vaccinated by world standards. The arguments for not opening are mostly psychological, a fear of foreigners. As a result, we have both Canadians fearful of opening to Americans and Americans fearful of opening to Canadians which doesn’t make sense. At least one must be wrong! Moreover, if we require even a weak proof of vaccination to cross borders then the average Canadian coming to America will be safer than the average American and the average American traveling to Canada will be safer than the average Canadian.

It’s time to open the border. 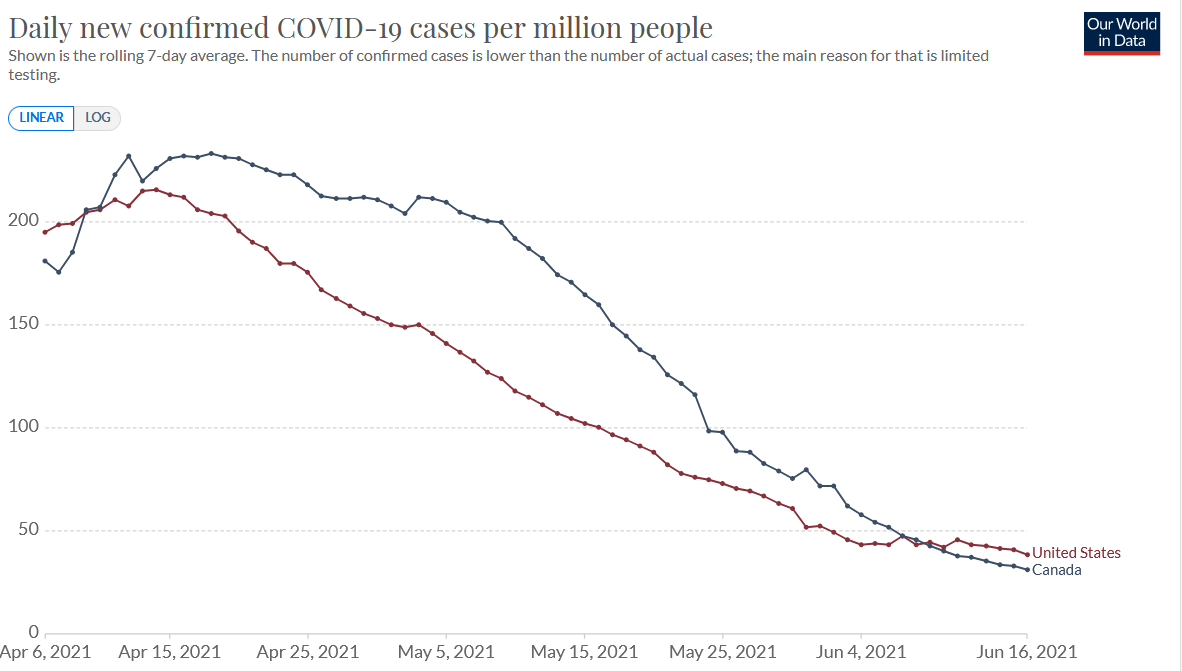