We have vaccine abundance in the United States but not test abundance. Germany has test abundance. Tests are easily available at the supermarket or the corner store and they are cheap, five tests for 3.75 euro or less than a dollar each. Billiger! In Great Britain you can get a 14 pack for free. The Canadians are also distributing packs of tests to small businesses for free to test their employees.

In the United States, the FDA has approved less than a handful of true at-home tests and, partially as a result, they are expensive at $10 to $20 per test, i.e. more than ten times as expensive as in Germany. Germany has approved over 50 of these tests including tests from American firms not approved in the United States. The rapid tests are excellent for identifying infectiousness and they are an important weapon, alongside vaccines, for controlling viral spread and making gatherings safe but you can’t expect people to use them more than a handful of times at $10 per use.

Addendum: The excellent Michael Mina continues to bang the drum. 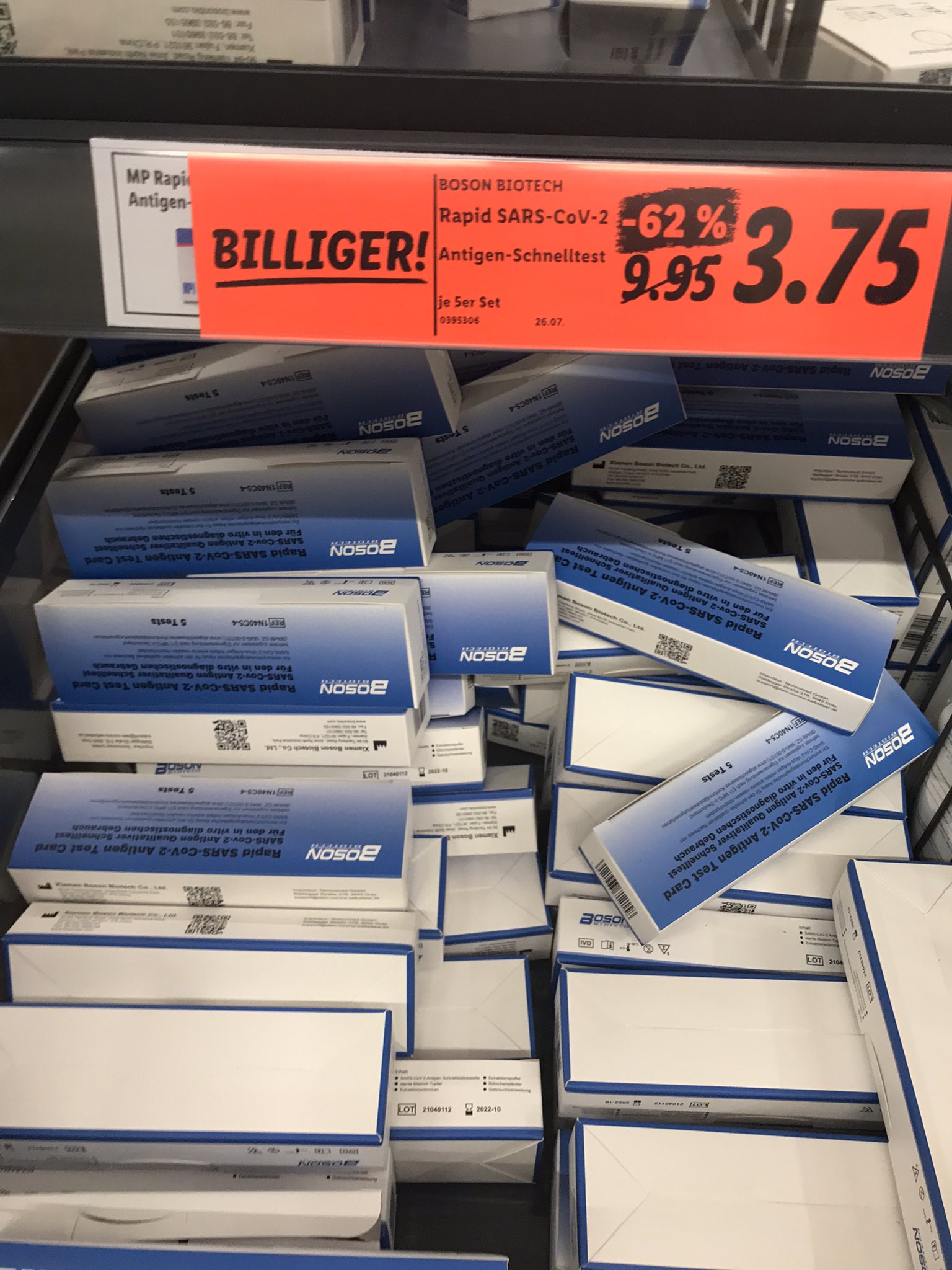