The latest relief bill contains another $320 billion in small business relief and $25 billion for testing. Finally, we get some serious money to actually fight the virus. But as Paul Romer pointed out on twitter, this is less than half of what we spend on soft drinks!!! (Spending on soft drinks is about $65 billion annually). Soda is nice but it is not going to save lives and restart the economy. Despite monumental efforts by BARDA and CEPI we are also not investing enough in capacity for vaccine production so that if and when when a vaccine is available we can roll it out quickly to everyone (an issue I am working on).

The failure to spend on actually fighting the virus with science is mind boggling. It’s a stunning example of our inability to build. By the way, note that this failure has nothing to do with Ezra Klein’s explanation of our failure to build, the filibuster. Are we more politically divided about PCR tests than we are about unemployment insurance? I don’t think so yet we spend on the latter but not the former. The rot is deeper. A failure of imagination and boldness which is an embarrassment to the country that put a man on the moon.

In Launching the Innovation Renaissance I said the US was a welfare/warfare state and no longer an innovation state. The share of R&D in the Federal Budget, for example, has diminished from about 12% at its height in the NASA years to an all time low of about 3% in recent years. We are great at spending on welfare and warfare but all that spending has crowded out spending on innovation and now that is killing us. 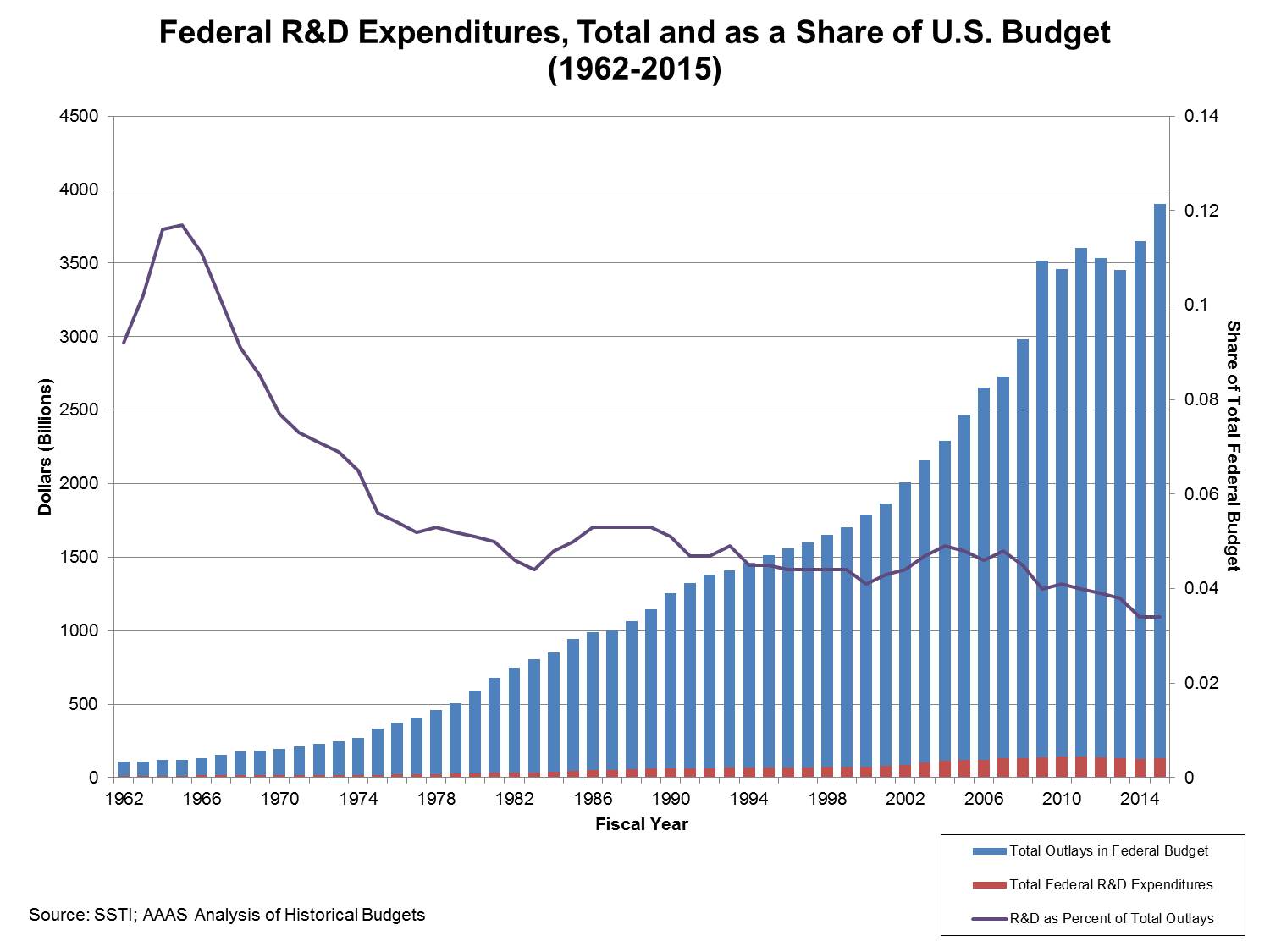