3. Why a bumper Indian wheat harvest isn’t leading to much good.

4. How the Greek bank jog is also a form of insurance, for some that is.

Is there actually any news in the “deal”, summarized here?  It’s long been known that Spain would end up getting a chunk of ESM and/or ESFS (indeed they had a quota of 93 billion euros and this is barely more at 100 billion euros), and now they have, although the details still are not announced.  And Spain already had been given an extension on their austerity target, so not attaching “austerity conditionality” to this deal isn’t quite news either.  Their obligations are already “floating” in this regard, because even the previous target could not be met.

Did I mention there were already a trillion euros lent from the ECB since December (not all to Spain)?

Is the deal in some way a new signal?  I would think the new signal is that if you play a bit tough with the Germans you get a more relaxed deal, at least nominally in a way that you can take to your citizens.  Maybe you think the more relaxed deal is a better outcome, but in the longer run does this keep the Germans on board?  Does it keep Ireland on board?  Do Greece and Portugal now wish to renegotiate?  One hundred billion euros is unlikely to be enough, so what precedent is created when Spain negotiates for the next round?

Doesn’t this all mean that Netherlands, Finland, and Slovakia are getting somewhat rolled?  They feel less responsible for the rest of the eurozone than Germany does.

How senior will the debt be from this new package?  That seems like the key question to me.  Very senior debt will kill the Spanish bond yields, but very junior debt will make this pure aid.  How many eurozone countries are up for supporting pure aid on this scale?

The main lesson I take from all this is the need to avoid easy generalizations that do not respect country peculiarities. Fiscal austerity missionaries are surely off base when they say Latvia’s experience decisively proves Keynesians and advocates of currency depreciation wrong.  It is too early to judge the Latvian experience a success.  But it is also too early to say Latvia has been a failure.  Growth may continue, in which case the country will look better and better.

The full post is here, and it is full of interesting detail.

Our patent law is by and large judge created and thus it is judges rather than legislators who are responsible for most of the dysfunction in patent law. It was judges who expanded (or endorsed) patents to cover business methods, software and animals. It was judges who weakened the obviousness, enablement and possession requirements. Finally, it was judges who interpreted vague patents broadly, thereby midwifing fearsome patent trolls.

Fortunately, judges also have the power to reform patent law which is why Judge Posner’s recent suggestion that he may dismiss with prejudice the Apple v. Google/Motorola  suit over smartphone patents is potentially ground breaking.

We don’t yet have a full ruling but in early rulings Posner referred to claims made by Apple and Motorola as “silly” and “ridiculous.” Most importantly, Posner has said:

which I read as saying that Posner is tired of the patent system being used by big business as a cudgel against competitive innovation.

Posner is a founder of the law and economics movement and one of the most influential judges in America. Indeed, as I have said before, Posner is the only person in the world who deserves a Nobel prize in economics and a seat on the Supreme Court so this ruling will be closely followed.

As of March, according to Japan’s Cabinet Office, fax machines could be found in 59 percent of Japanese homes. (That penetration rate, after climbing for years, has peaked in the past five years.)

Coming up with a similar number for the United States would require a “polite fiction,” said Jonathan Coopersmith, a Texas A&M University associate professor and an expert on the history of the facsimile. But even in the early 1990s, only about 3 percent of U.S. homes had the machines, he said.

In terms of fax reliance, “I don’t think any other nation comes close to Japan,” Coopersmith said.

The article is interesting throughout.  Kevin Drum offers comment.

…Apple has been awarded a patent on wedge-shaped computers. Once again it is difficult to see why this sort of competition-stifling government-enforced monopoly would be beneficial to the overall cause of innovation. It’s absolutely true that the record should reflect the fact that Apple made wedge-shaped computers popular and the new wave of Ultrabooks are slightly lame imitators. But we progress as a society because of imitators! People come up with good ideas and then those ideas spread.

Copied from Matt Yglesias who I take it will not mind that I am helping to spread good ideas.

1.  Species extinction and international trade (gated past the abstract).

3. The case that China will do OK.

4. Bob Keleher has passed away at 67; he pioneered a market price approach to monetary policy.

It is summarized here:

I had the good fortune to grow up in a wonderful area of Jerusalem, surrounded by a diverse range of people: Rabbi Meizel, the communist Sala Marcel, my widowed Aunt Hannah, and the intellectual Yaacovson. As far as I’m concerned, the opinion of such people is just as authoritative for making social and economic decisions as the opinion of an expert using a model.

Part memoir, part crash-course in economic theory, this deeply engaging book by one of the world’s foremost economists looks at economic ideas through a personal lens. Together with an introduction to some of the central concepts in modern economic thought, Ariel Rubinstein offers some powerful and entertaining reflections on his childhood, family and career. In doing so, he challenges many of the central tenets of game theory, and sheds light on the role economics can play in society at large.

Economic Fables is as thought-provoking for seasoned economists as it is enlightening for newcomers to the field.

The book can be read freely here.  Rubinstein’s home page is here. 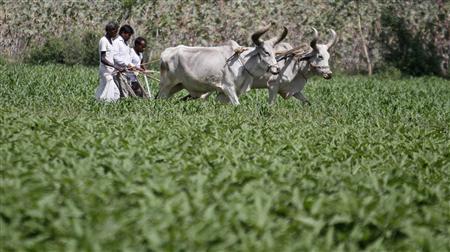 A tale of the invisible hand. More here.

You will find them here, listed under “Founder as Victim, Founder as God.”  Excerpt:

You will see the influence of Rene Girard.  For the pointer I thank Blake Masters.

Would Adam Smith be happy about this?:

Wealth of Nations handcrafted to include a hidden 250 ml swing top glass flask imported from Italy. Behind the flask we’ve inlaid handmade decorative paper imported from Nepal.  Let’s be honest, you are never going to read this book, but you sure might drink from it!

Our handmade booze books will ship in two to six weeks (sooner if possible). Supplies and motivation are limited, so act fast!

For the excellent pointer I thank Pablo Halkyard.

A request from a loyal blog reader. I attended a talk in Oxford by Martin Wolf from the FT a few months ago, in which he gave a very pessimistic assessment of prospects for the British and European economies. A member of the audience asked what his advice for a young graduate entering the job market would be, and his response was ’emigrate’.

To put things in context, I am a 21-year-old male, a final year student at Oxford University reading for a BA in Politics, Philosophy, and Economics (concentrating on the latter two subjects). I have work experience in the financial sector, moderate language ability (high school level French and German, but a fast learner), and I am willing to consider a wide range of locations. I am an EU citizen, so obviously have freedom of movement within the EU. I am open to staying somewhere for a relatively long period, but at the moment I am more inclined to think of it as a below-ten-year stay. Assume, perhaps, the prospect of permanent residence is not excluded. Feel free to edit the request as appropriate for the blog.

1. The key data point is the polarization of labor market returns, including in the United Kingdom and much of Western Europe.  Given that your background and reading habits signal smarts and hard work, you probably will do fine staying at home.

2. Switching languages will set you back by years, even if you are a quick study.  Stick to the Anglo world, or to an English-speaking job at least.

3. It is not already obvious to B. that he should move to the United States.  That’s fine, so perhaps he quite likes England already and indeed who wouldn’t?  That lack of obsession with America also means he does not have a diehard commitment to maximizing pecuniary returns and that is yet further evidence he should stay in England.

4. If you want to travel and live abroad, try to start with an English multinational and then signal a willingness to move far afield.  Or consider the foreign service.  Or work for a year or two and then do a Jodi Ettenberg for as long as you can.  All of those options sound better to me than moving to Stuttgart and trying to master the intricacies of “dass ich nicht habe lachen mussen,” (or is it “dass ich habe nicht lachen mussen”?, or do they mean different things?) while petitioning the Knigge Society for a knowledge of manners.

James turns out to be not just the most important writer/thinker on baseball of our generation but also — completely unexpectedly — to have read more books in the true crime genre than maybe anyone else alive. In Popular Crime he works his way though every major true crime story of the last 200 years — from Lizzie Borden to JonBenet Ramsey — making (as one would expect) all kinds of brilliant, wildly entertaining and occasionally completely nutty Jamesian observations. Why Popular Crime wasn’t a huge bestseller, I have no idea. OK. Maybe I do. It’s 496 pages …

That is from Gladwell’s dialogue with Bill Simmons, much of which covers talent allocation and talent spotting, channeled through the medium of sports, and how technology, talent, and fame interact.

The EU’s worst [corruption] problems are to be found in Greece, Italy, Portugal and Spain (in the eurozone), and Bulgaria and Romania (outside it).

Not so much of a direct cause, but perhaps a relevant correlation nonetheless.  Here is more.

1. What is going on with New York City life expectancy?

2. Proof that game theory is useful.

3. Revisiting Edmund Spenser, and Wilson Quarterly is moving to digital only distribution.

4. More reasons why it is tough to make a banking union work.