That is the topic of my latest Bloomberg column, here is one bit:

The next time you are attending a formal presentation at a conference, ask yourself these questions: Is this better than all of those Zoom calls I am turning down? Is this better than the next best YouTube clip I might be watching? For most people, the answers are obvious. Conference organizers need to be willing to pull the trigger and usher the presentation into a gentle retirement.

Charismatic presentations still can be important to motivate a sales force or to build the unity of a crowd. But informational presentations are obsolete.

Earlier in my career, I went to presentations not to listen, but rather to meet the other people interested in the topic. That made sense at the time, but these days information technology provides superior alternatives. For instance, I have been to conferences that have “speed dating” sessions (without the date part, to be clear, and with vaccine and testing requirements) where you meet many people for say two minutes and then move on to the next meeting. This should become a more regular practice. Conference organizers also can create “speed dating pools” where everyone interested in a particular topic area has a chance to meet.

Another marvelous practice prompted by the pandemic that should be continued and indeed extended at all conferences: outside sessions, especially with group discussions.

Recommended, there is more at the link.  What other ideas do you have?

1. “According to a Pew Research Center analysis of Census Bureau data, women younger than 30, on average, earn at least as much as or more than men in D.C., New York, Los Angeles and 19 other major metro areas…”  Link here.

3. In the very best studies, Ivermectin always flunks — yet again.  Time to give up the ghost on this one…there is really nothing there, and people’s lives are at stake.  When stuff works, it works in studies like this.

4. The problem with the Donbas.

5. What Hyun Bin and Son YeJin’s wedding says about the evolution of Korean celebrity culture.

6. “The University of Florida has dropped Karl Marx’s name from a library study room in the wake of Russia’s invasion of Ukraine, Orlando Weekly reported.”  ???  And I guess Marx’s anti-Semitism — or how about his um…”Marxism” — wasn’t a good enough reason for cancelling him?  Link here.

“I mean, everybody is frustrated about how slow things are,” said Walter Koroshetz, the director of the National Institute of Neurological Disorders and Stroke and a co-chair of the initiative, in an interview with STAT. He added, however, that while starting enrollment “took way too much time,” the NIH stood up the study “much faster than we’ve done anything else before,” pointing out the agency’s usual pace can be even slower.

Here is the full story, via a loyal MR reader.  So far they have brought in just three percent of the patients they plan to recruit.  Why oh why is our public health establishment failing us?

We investigate the wage return to studying economics by leveraging a policy that prevented students with low introductory grades from declaring a major. Students who barely met the grade point average threshold to major in economics earned $22,000 (46 percent) higher annual early-career wages than they would have with their second-choice majors. Access to the economics major shifts students’ preferences toward business/finance careers, and about half of the wage return is explained by economics majors working in higher-paying industries. The causal return to majoring in economics is very similar to observational earnings differences in nationally representative data.

That is from a newly published paper by Zachary Bleemer and Aashish Mehta.

2. How Duke University Press stayed relevant (New Yorker).  And what is wrong with Yale?

3. Who is Putin’s immediate successor?  And is he a nice guy?

4. Which states back Will Smith?

5. The current status of AI in medicine.

As before the virtue of efficiency in the prosecution of the laws depends on the quality of the law. 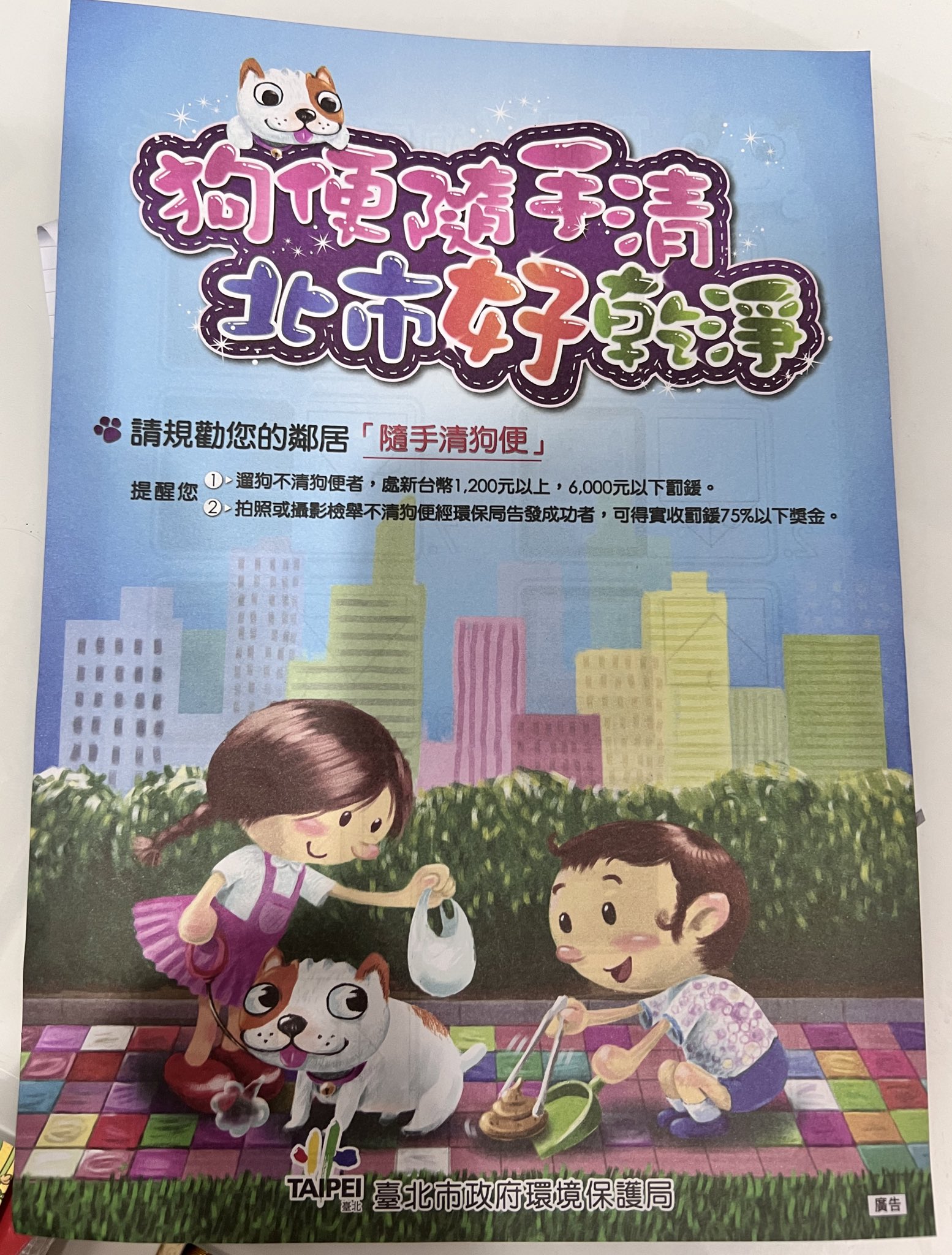 Live event ticketing site TickPick sold more tickets to see Chris Rock overnight than it had in the past month combined, according to a tweet from the company Monday.

Rock is set to perform standup at Boston’s Wilbur Theater on Wednesday. On March 18, the cheapest tickets were sold for $46, but had increased to $411 by Monday, according to TickPick’s public relations representative Kyle Zorn.

Here is the full story.  Now solve for the next one!

Today I will focus on the losers, with another post to follow on those who have gained status.  Here goes:

1. An entire generation of German politicians.

2b. Those who argued the UFO footage was possibly of a Russian military craft.

3. Putin.  And the coterie of Eurasianist intellectuals surrounding him, including Dugin.  And various strands of the American right wing.

4. The anti-nuclear power crowd, and much of ESG more generally.  Too much posturing, too few practical solutions and now the whole thing bites.

5. China, with India in contention but working somewhat to remedy the damage.

6. President Obama, for mocking Romney’s concern over Russia, in one of their debates.

7. People who spent most of their time debating The Woke, on either side of the issue.

8. Commentators and political scientists who saw the initial conflict as primarily about the eastward expansion of NATO.  Putin’s war aims have shown this to be false (while to be clear Putin does also hate the eastern expansion of NATO).  Desire to obliterate and absorb the nation of Ukraine far predates the history of NATO.

9. People who said “the next war will all be about cyber.”  There is probably more cyberconflict going on than we are aware of, but still…

– $50k scholarship
– Summer program in the Bay ("big-picture thinking about science, philosophy, and the future")
– For the most talented high schoolers, all around the world

3. What will the end of subsidies mean for uninsured Covid care?

5. New and relatively rigorous study of social media and well-being.  Small negative effects, highly dependent on age, somewhat dependent on gender.  Evidence consistent with causality running in both directions.  This is not a zero negative effect, stronger than usual for girls 12-14, and for men 26-29, but overall not consistent with the doomsaying accounts.  Here is NYT coverage.  Note this from the NYT: ““There’s been absolutely hundreds of these studies, almost all showing pretty small effects,” said Jeff Hancock, a behavioral psychologist at Stanford University who has conducted a meta-analysis of 226 such studies.”

6. The phones of Zelensky.

The data are taken from ecology and evolution papers:

Self-citation data suggest that authors give funnier titles to papers they consider less important. After correction for this confound, papers with funny titles have significantly higher citation rates, suggesting that humour recruits readers. We also examined associations between citation rates and several other features of titles. Inclusion of acronyms and taxonomic names was associated with lower citation rates, while assertive-statement phrasing and presence of colons, question marks, and political regions were associated with somewhat higher citation rates. Title length had no effect on citation. Our results suggest that scientists can use creativity with titles without having their work condemned to obscurity.

The authors of this paper are Stephen B. Heard, Chloe A. Cull, Easton R. White.  Via Michelle Dawson.  p.s. The paper has a (modestly) funny title — “If this title is funny, will you cite me?”

In California, three years into the era of legalization under the Proposition 64 ballot initiative, data indicate that only about one-quarter of weed sold and consumed in the state is legally licensed and that the remaining three-quarters is produced outside legal market channels.

And from a later chapter:

And that is why some people say, and we consider it plausible, that the so-called legalization of weed in some North American markets has illegalized more weed than it legalized.

That is from the new and excellent Can Legal Weed Win?: The Blunt Realities of Cannabis Economics, by Robin Goldstein and Daniel Sumner.

One of them concerns happiness:

Using data across countries and over time we show that women are unhappier than men in unhappiness and negative affect equations, irrespective of the measure used – anxiety, depression, fearfulness, sadness, loneliness, anger – and they have more days with bad mental health and more restless sleep. Women are also less satisfied with many aspects of their lives such as democracy, the economy, the state of education and health services. They are also less happy in the moment in terms of peace and calm, cheerfulness, feeling active, vigorous, fresh and rested. However, prior evidence on gender differences in global wellbeing metrics – happiness and life satisfaction – is less clear cut. Differences vary over time, location, and with model specification and the inclusion of controls especially marital status. We also show that there are significant variations by month in happiness data regarding whether males are happier than females but find little variation by month in unhappiness data. It matters which months are sampled when measuring positive affect but not with negative affect. These monthly data reveal that women’s happiness was more adversely affected by the COVID shock than men’s, but also that women’s happiness rebounded more quickly suggesting resilience. As a result, we now find strong evidence that males have higher levels of both happiness and life satisfaction in recent years even before the onset of pandemic. As in the past they continue to have lower levels of unhappiness. A detailed analysis of several data files, with various metrics, for the UK confirms that men now are happier than women.

Here is the full NBER paper by David G. Blanchflower and Alex Bryson.

1. The book that predicted the creator economy (hint: it is by me).

3. Good New York profile of Adam Tooze.  (And my earlier CWT with Tooze.)

4. “The estimates imply that 250 additional [Covid vaccine] doses, with a marginal cost around $5000, leads to one expected life saved.”

6. If Putin tries to poison you, do you get your money back?

Economic growth this year is expected to reach 48%.  Here is more from The Economist.